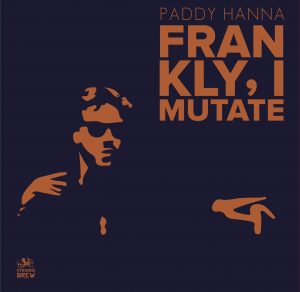 After such a shaky process, though, there’s no question the early signs are good. “I guess the new stuff has got more attention than previous singles,” Hanna admitted. “I’m not sure if it’s because it’s better material, or because it’s building on my previous stuff.”

That process has been far from smooth sailing, however. “You have to come through some difficult stuff as any kind of musician or artist. So many people just leave it behind,” Hanna points out. “It’s financially difficult, and you just have to come through so much soul-destroying waiting and sheer indifference. You have to just keep going until you get a second skin. Sometimes I just want to tell people to keep going, to wait and to grow those calipers a little bit., that they’ll get there.”

Popical Island, the popular collective of friends that brought both Hanna and some of the Dublin indie scene’s most compelling contemporaries into the local music limelight, is sadly all but defunct today. Hanna’s been somewhat critical of the group in the past, but insists his complaints came from a good place.

“I love those guys. We drifted together as bordering on inseparable friends, and I guess it drifted apart in a similar way. It was very difficult to push yourself there, and I felt like they should have wanted more,” Hanna explains.

“I regret saying some of the things I did about them, I was quite critical in interviews, and I think it upset some of them. But it came from a place of love. Love and anger are very close together. It’s not gone, but it’ll certainly be quiet for some time.”

“It’s difficult to survive this way, it can feel like scamming a living, and it’s quite pressured. In some ways, though, I think it makes you work harder. From my perspective, you don’t go into music to get paid. I’ll always remember that first gig I ever got paid for. That validated me, in a way, it pushed me on.”

As for reaching that much-desired success? “I have my yardstick,” Hanna tells us. “It’s to headline a certain venue of a certain size. I don’t want to say where, but I haven’t got there yet. Until I get there, it’ll be about pushing hard, because that’s what you have to do.”

Paddy Hanna’s second solo album ‘Frankly, I Mutute’ is out on March 2.