American indie icon Alec Ounsworth talks fame, and how you get past it. 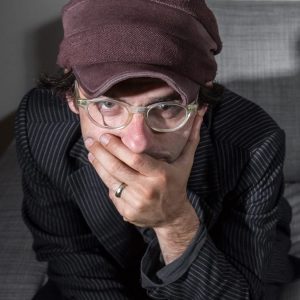 THERE WERE A FEW months in 2005 when Philadelphia indie band Clap Your Hands Say Yeah were very much ‘the next big thing’. The brainchild of frontman Alec Ounsworth (who also writes all the music released under the moniker), the band’s pre-album demos made them one of the most vaunted of early internet hype bands. The eponymous debut album sold so well it needed a second pressing in weeks, with the presence of David Bowie at early shows only adding to the buzz.

If you were feeling particularly harsh, you could argue things never got any better for Ounsworth. The self-titled debut is certainly a recognisable and memorable entity for any mid-00s indie fan, but follow up ‘Some Loud Thunder’ (2007) never reached the same highs, and the notoriety of the sound Ounsworth invented in his bedroom has only declined since. Ounsworth, though, is happy just doing his thing.

“It was a little disconcerting,” he says of those early highs. “I felt like I had no control over what was going on. I had built a bit of a cult following around Brooklyn and New York at the time, but suddenly I went from playing shows to hundreds, to playing for thousands.”

“The second album was a bit of a reaction to overexposure. A lot of people had a lot of expectations of me, and I felt like it had nothing to do with me. I felt like I burnt out pretty quickly, and the first track, in particular, was a reaction to that. While I wasn’t trying to alienate anyone, the first album wore me down. I wasn’t really bothered if anyone liked the second one. I did it for me.”

The opening track on that second album Ounsworth’s referring to isn’t exactly subtle in its fame-rejecting credentials. ‘All this talking, you’d think I’d have something to say,’ he croons, adding ‘breaking glass, and pretending to start something big’.

“I don’t measure things by the past anymore,” he explains. “I’m more comfortable with who I am now, and with the level of venues, and fame, that I’m at. I won’t resist attention outright, but I feel like it has to be natural and honest, and it didn’t feel like that the first time around.” 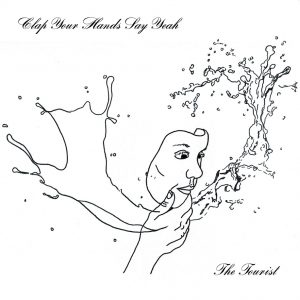 2017 album The Tourist is like much of what Ounsworth’s done since that debut success. It sets aside the musical wants of anyone but the man himself, allowing him to return to his simple, self-examining musical roots. Publically, that process has happened through a series of gigs in spaces no bigger than living rooms (in fact, many of them were very actually living rooms) alongside conventional tours, with Ounsworth focusing on “paring down” his music.

The paring down element has been particularly difficult with ‘The Tourist’, given much of it features a very slightly offset repetition of Ounsworth’s vocal, difficult to reproduce live. “I do structure songs to make them stand up in a live setting, even when they’re more complicated recorded,” Ounsworth explains. “The biggest challenge is the keyboard, and getting the vocals toned down. I have to pull back to the foundation of a song, really strip it back.”

“For the living room stuff, I decided that as a songwriter it was sometimes easier to have only a guitar and a melody, or keyboards, and just keep writing. I want to produce songs where you can just take it all out.”

“Fundamentally, I try to get as far as I can with an album before other people are involved. Obviously, they have to be involved at some stage, but that lets me bring things back to where I felt I was at the start. I did do an album in my own name, but the only fundamental difference is that I wrote that to be performed alone, rather than as a band.”

As for his current direction? Despite appearances, it is very much an internal monologue.

“I can see how bits of ‘The Tourist’ might seem like they’re about Trump,” Ounsworth jokes when we mention what seem to be abstract political references. “There’s a little too much for me in the news, and I’m not consciously about that. Most of the recording was finished before Trump won, and I don’t think any of us were expecting it. Still, I think it is obvious to people that I stand against him. I don’t really need to say it explicitly in my music.”

With the obvious exceptions on ‘Some Loud Thunder’, being abstract yet relatable is very much a Clap Your Hands Say Yeah thing. It always has been. It’s just not about the fame: Ounsworth would just rather do it on his own terms.

Clap Your Hands Say Yeah’s fifth album ‘The Tourist’ is out now. The second album ‘Some Loud Thunder’ is also set to be re-released shortly, ten years after its launch.