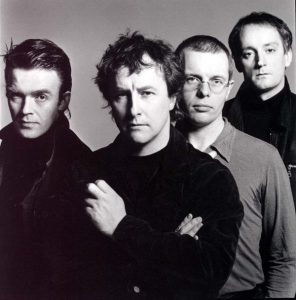 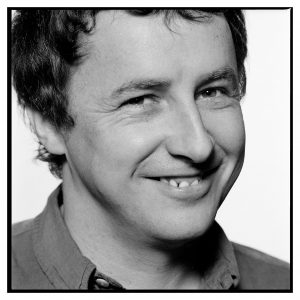 That long tail involved another big contract with BMG, but Something Happens never reached quite the same heights, despite a link with U2 that even saw Bono’s band quote Something Happens lyrics in the track ‘Staring at the Sun’.

Something Happens, though, was a platform, with the band giving all its members the experience to go on and do something else in a related industry. While Dunne has his presenting role, Ray Harman has gone on to be a composer, Eamonn Ryan works for music promoter MCD, and Alan Byrne is involved in the production of the Late Late Show.

“You do a lot of radio stuff as the singer in a band,” Dunne says of his start in his current profession. “I liked what I saw, and I started asking around about working in radio. I started out with Today FM, and just spent an awful lot of time with good music. The band were a great door opening exercise.”

It’s now been two decades since the last Something Happens album appeared, but for all that time, Dunne tells us the production of new music might not yet be over. “It would take a few things coming together to write a new record,” he explains. “Time is probably the biggest hurdle, with us all off doing different things, but we have no trouble writing. I’ve done a lot of other writing. It’s not impossible that they’ll be new music.”

These days, Something Happens still get regular offers to perform, but with both time constraints and no particular need to get on stage, they’re pretty picky about agreeing. “We have a list of conditions,” Dunne explains, “and we wait for people to come to us, we’re not out there chasing gigs. We’ll play when the show suits us.”

“I’ve been down to Leopardstown over the last few years, and it’s a great show, so when they got in touch it made sense to us to head along. Aslan have been raving about it, and it’s always great to get back on stage. They’ll be lots of our old stuff, and a few covers. It should be a great night.” But keep your eyes peeled for more…

Something Happens make their only planned appearance of 2017 to date at Live at Leopardstown, on June 8. Tickets here.