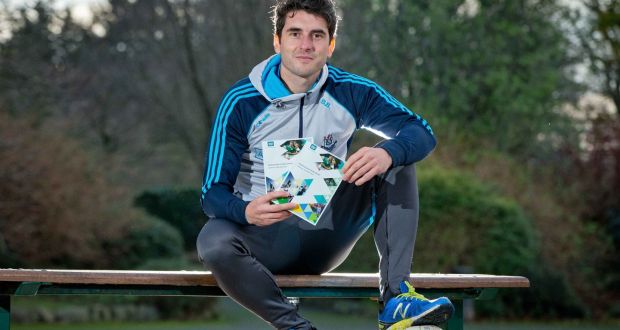 We asked Brogan to reflect on the county football’s ‘issues of the day’, and found him pragmatic. “We don’t feel sorry for Mayo, and I don’t think they’d want us to,” he argues of Dublin’s perennial nearly-men rivals. “The way they’ve changed their manager shows they feel they can add more. A minute longer and they might have pipped us in that semi.”

As for the talk of moving Dublin out of Croke Park, Brogan’s open to the concept, emphasizing control being outside of the team’s hands:

Any potential split for Dublin is given shorter shrift, with Brogan arguing “A bit of success in Dublin is always talked up a bit. If we win ten in a row, we’ll listen to the argument.”

Brogan is on record as having surprised even himself with the quality of his Dublin performances this year. Vital points and a glut of goals have seen him up for individual awards again, but he’s quick and charitable in passing credit to his teammates.

“Personal awards are always nice,” he admits. “I won back in 2010, and we didn’t win the All Ireland that year, so it was a slightly lonely experience. You’d definitely take Sam over it, but it’s a great honour. It’s great to have Jack McCaffery and Philly McMahon alongside me. Jack’s phenomenal, he’s really bought a new energy and power to our game. Philly as well. They do all the work, I just have to be on the end of it, you know?”

As for next year? “In early January we’ll get the boys back in together and work out how we go again and build on this year. There are a lot of young lads. Dublin under age has been quite successful the last few years, so we’re expecting a few new faces, as well as Eric Lowndes and Cormac Costello pushing on. We need the competition. We still have great motivation as a team. And great expectations. ”

As published in the Dublin Gazette, October 2015

Long shots: a mixed bag before the break (week 9)