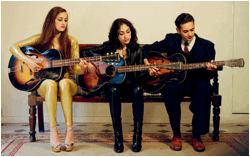 How hard is the business side of music these days – do you find it a fair business?

(Lewis) The main thing to consider here is that people do not buy records anymore in comparison 20 years ago. So really, for bands or artists who are not mainstream mega stars, there is no money from sales. It only takes a couple of thousand sales to get a single into the top 10 these days, just for an idea. However, people have turned more to live gigs and things like that which is great.

This and low sales leads to the reason why labels use the 360 contract deal now which is a percentage of gigs, merchandise and everything the band does instead of just record sales. So that side of it is pretty harsh. Major labels still maintain a monopoly over press and broadcasting too, so there is a glass ceiling for acts on independent labels. I wouldn’t say its fair or unfair, I think it just is what it is.

Who are you all listening to at the moment?

(Lewis) There are some really good people around at the moment playing music. I just made an album with a great band called ‘Kansas Smittys House Band’, they’re a really good young jazz group who really get the crowd going. I’m also a fan of Michael Kiwanuka who is local to us so were usually bumping in to each other in the local cafes and pubs.

I also like a band called Lake Street Dive who we first met in a festival in Portland, Oregan called Pickathon. They come to our gigs in the states where they live and we go to their gigs when they come to London.

Let’s say you have one song to sell the band (which probably isn’t that far from the truth in the modern day industry). Which one would it be, and why?

(Daisy) Well I guess the reason we picked “Baby Bye Bye” and “No Action” as singles is because we think they’re strong songs that represent the album well. We’d stick with those.

Music obviously runs through your family’s veins. Was there certain inevitability to where you’ve ended up? What do your family make of your sibling career?

(Daisy) Well My dad’s family of 7 brothers and sisters, grew up in India and used to all sing and play together for enjoyment which is how we grew up. our dad was always singing and playing at home and naturally we joined in. we always had instruments around too, so I think it was kind of inevitable that we would end up musical, but I don’t think being in a band was inevitable. I guess we got lucky and were in the right place at the right time.

There’s a lot of relationship stuff in there. I don’t want to delve into your personal lives, but how well does music work as therapy for you? Do you find writing about something smooths it over?

(Daisy) It definitely helps to ease off tension. When you’re thinking all the time its great to write it down, because you don’t feel like you have to keep going over and over the same thoughts because you have them down of paper.

The talk of your band as being ‘nostalgic’ permeates almost every article I see on you, yet it doesn’t seem to be your intent. Do you think it’s just a tag that gets thrown at people who play and record the way you do?

(Daisy) I think that journalist and people in the media can quite often be very narrow minded. Instead of being creative and coming up with their own views, they tend to just label you in the most unimaginative way. We’ve always had people try to pigeon hole us and it’s very hard to get away from it.

I think the fact that there are three song writers and a vast range of feels in our music, its quite hard for people to describe. We record the way we do because we like the sound, its as simple as that. No one tagged Michael Jackson or the Spice Girls for recording onto to tape, so why do they tag us? I think any musician is tagged in one way or another. When we get asked what kind of music we play. We don’t really know ourselves, as we have no limits. So we tagged ourselves and made up our own genre “Shock N Roll”

What’s next for the band? With your own studio to play around with now, should we expect much more recorded output in future? What are your plans for 2015?

(Lewis) Yes! We’re not going anywhere! We have been and are currently touring the world with our new disc. We’ve just been around Europe for a month, we are now in the states and then hitting Japan then Australia….So it’s pretty crazy at the moment and probably will be next year as well. We will be getting back in the studio when we get the first chance to.