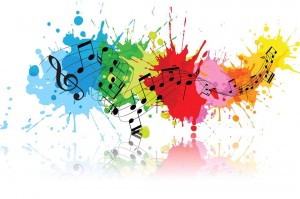 Anna Leah Pearl – Woah, that voice! Another less than happy outing, but if you’re not slightly in awe of Anna Leah’s vocals you’ve a cold, cold heart. Her latest ‘Goodbye’ is a slow-build, heartbroken piano track that sees the Cork-based singer hit some serious vocal highs. The kind of track you’d want a perfectly silent cavern and a quiet glass of whiskey to sit in front of. This’ll make you feel:

RC Lo-Fi – A band that already pop up fairly regularly on In Colour (Darren’s a fan), RC Lo-Fi are a bouncy, electro-pop influenced group from Kentstown in Co. Meath, who deal in subjects like tales of economic woe whilst dabbling in a fresh brand of funky guitar-based electro. Happy, meet sad. They’re catchy as hell and deal with the trials and tribulations of ‘Facebook’ whilst simultaneously being on Facebook. Influences include both Audioslave and Bob Marley. What’s not to like?

James will be appearing on In Colour every two weeks, with the next review due to take place on the 8pm show on Monday 18 May.